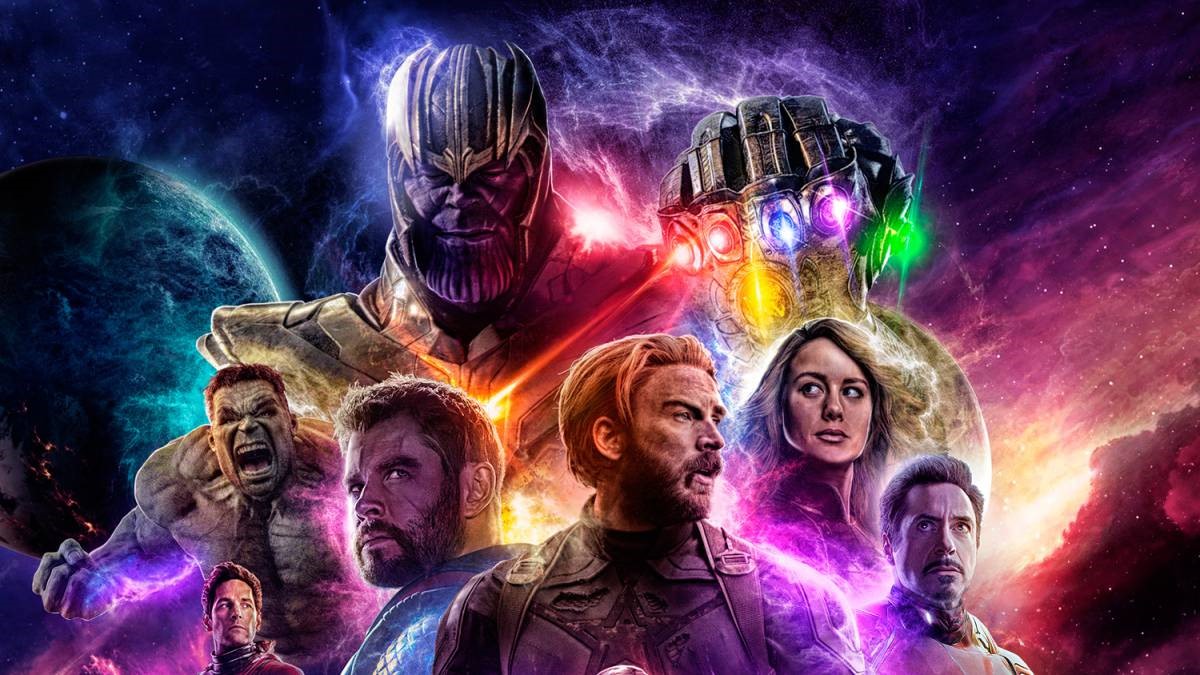 Imaginghow serious is Marvel about avoiding spoilers and plot leaks for Avengers: Endgame whenthey even denied Spider-Man actor Tom Holland access to the film’s full
script. He wasn’t even told who he’d be acting opposite of in advance. They’ve
kept a few important details about the highly-anticipated film a secret to keep
fans at the edge of their seats upon its release.

Thestudio isn’t taking any chances this time around, but by scouring the Internet
for casting information, pictures from the set of the film, and interviews with
MCU stars, and by looking really closely at the film’s promotional material,
it’s still possible to piece together some important details about Endgame.

Weknow that the first four phases of Marvel Cinematic Universe films
have been building up to this epic showdown against Thanos and his all-powerful
Infinity Gauntlet, but viewers are still in the dark about how Earth’s
Mightiest Heroes will be able to defeat the Mad Titan and which formidable
adversaries or difficulties they’ll face during their mission to save the
countless lives Thanos took away with a snap of his fingers in Infinity War.

Letstalk about the the Villains Rumored ToAppear In Endgame and the ones Who Are Confirmed
RUMORED: HELA 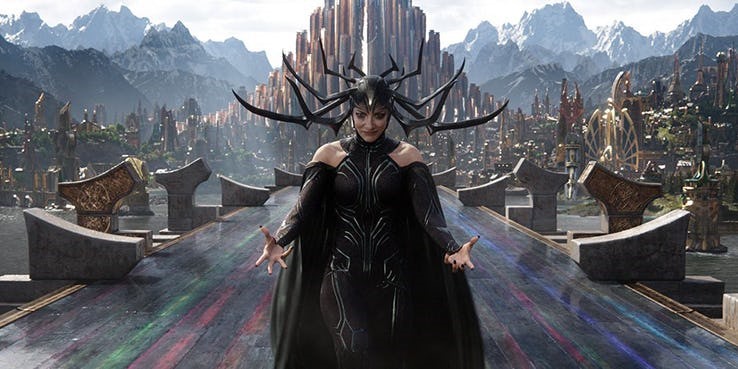 Unlikein the movie, in the comic version the Mad Titan’s motivation for assembling
the Infinity Gauntlet was only to impress his crush, Misstress Demise or Hela.
She was introduced in Thor: Ragnarok, and thefans think she may reappear in Endgame.
CONFIRMED: THANOS 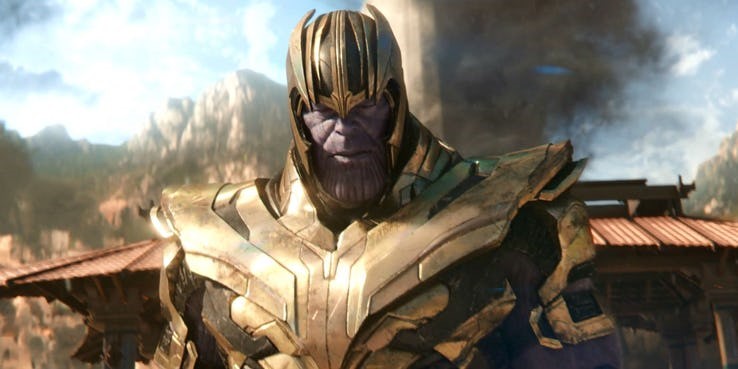 Eventhough, first several trailers and teasers for Endgame made itclear that the remaining Avengers plan on mounting a counter-attack against
Thanos to avenge their fallen teammates, the promotional material didn’t
actually offer any image of Thanos himself. However, therelease of the film’s final trailer, which came out on April 2,Thanos appears before Earth’s Mightiest wearing his battle armor from InfinityWar, taunting them for not being able to deal with their failure.
RUMORED: THE SKRULLS 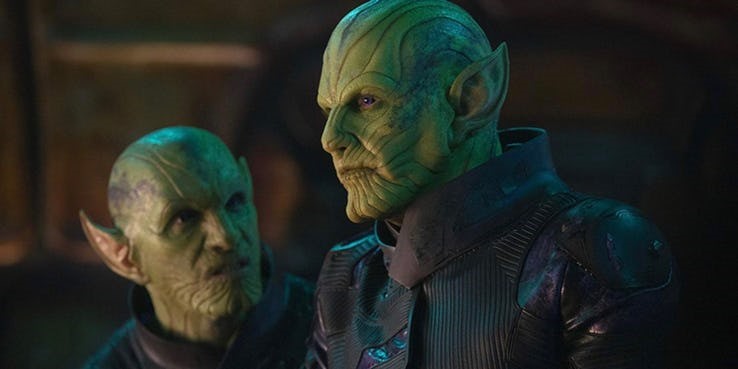 It would be interesting to see Skrullsshapeshifted as the Avengers’ in an attempt to trick the Mad Titan, willing to
sacrifice themselves for the good of the universe. Or again work for Thanos
disguised as the fallen Avengers’ to mess with everyone’s emotions.
RUMORED: GENERAL “THUNDERBOLT” ROSS 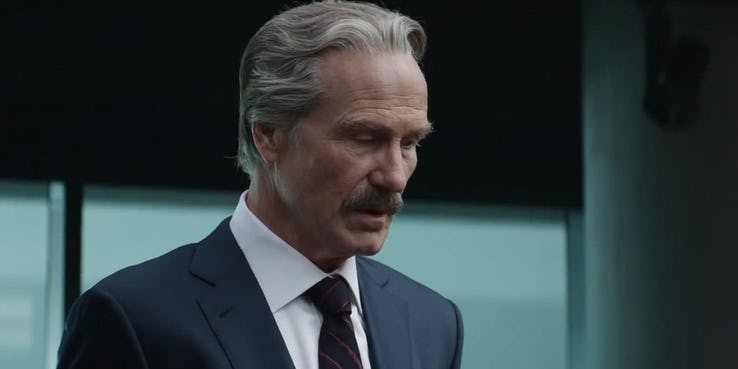 Ross was a villain in TheIncredible Hulk, and his strict enforcement of the SokoviaAccords in CaptainAmerica: Civil War createda divide among Earth’s Mightiest. He doesn’t exactly have the best relationship
with several of the remaining Avengers, but they may need his and the
government’s help if they want to take down Thanos. And most importantly the
fate of General Thaddeus “Thunderbolt” Ross, and is he among the
casualties of Thanos’ snap is still unknown.
CONFIRMED: LOKI 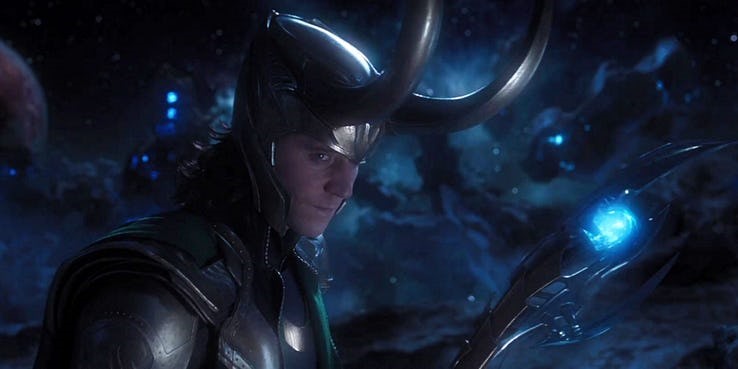 Lokilosing his life at the very start of Infinity War makes it highly unlikely that he figured out a way tosurvive his termination, but leaked images from the set of Endgame make it pretty clear that he’ll pop up intime travel or flashback sequences of sort.

Setimages show the heroes all together reliving that war against Loki and his
Chitauri army. And if Endgame explores that epic fight, it’s likely avillainous past version of Loki will reappear as well.
RUMORED: THEGRANDMASTER 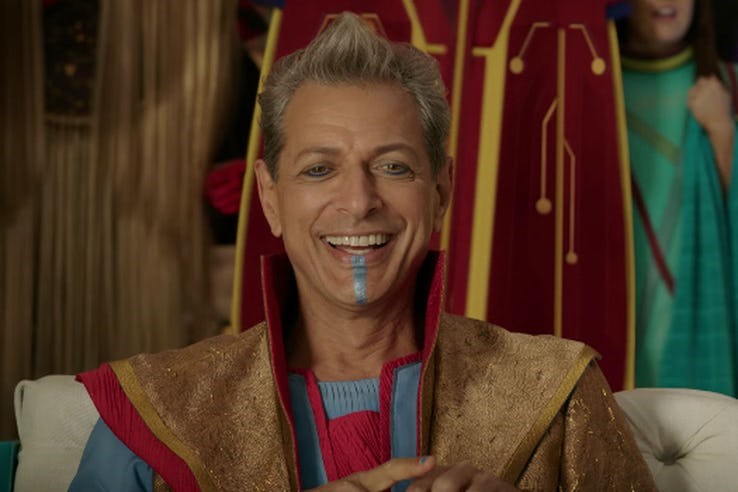 Wearen’t sure whether The Grandmaster from Ragnarok andThe Collector have any sort of connection with each other, but in the comics,
the two powerful cosmic beings are brothers.

As wepresume Thanos ended The Collector’s life in Infinity War to acquire the Reality Stone he was given bythe Asgardians in the end credits of Thor: The DarkWorld, and that is why some fans think theGrandmaster will try to avenge his sibling in the next film.
RUMORED: THECOLLECTOR 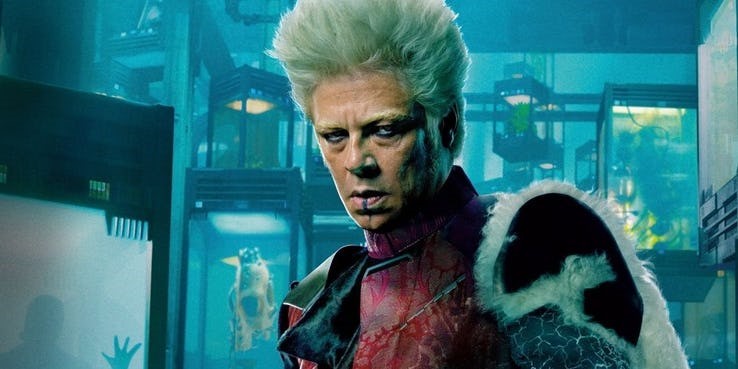 As wehave already mentioned, The Collector had the Reality Stone at his disposal
before Thanos added it to his Gauntlet. However, as one of the powerful Elders
of the Universe, it seemed strange that he was simply and seemingly easily
eliminated off-screen.Thus it is possiblethat The Collector found some way to alter reality and survive Thanos’ attack,
and that he’s simply waiting for the Avengers and Thanos to take each other out
so he can reemerge and reign supreme. 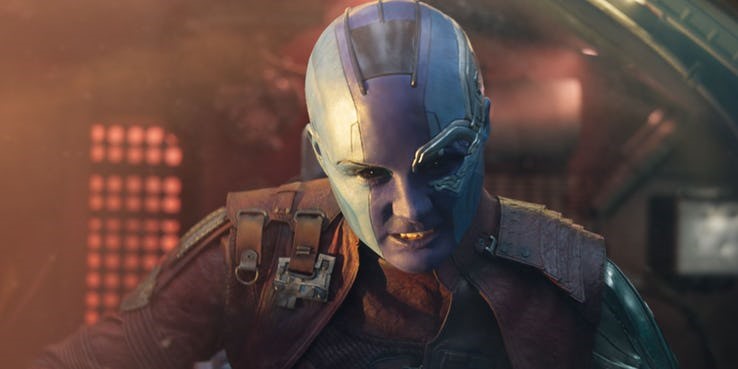 AsNebula and Gamora realized that their childhood rivalry was entirely
Thanos’ fault, the “sisters” forgave each other in Guardiansof the Galaxy Vol. 2, and Nebula promised herself to eliminate theman who pinned Gamora against her and ruined her life.

Wehave seen that she was the only person other than Tony Stark on Titan to
survive Thanos’ snap.

Eventhough in the comic book version of Infinity War, Nebula is just as big of a threat as Thanos, the trailershave shown that Nebula will join the Avengers full movie free in an attempt to take her
adopted father out.
RUMORED: RONANTHE ACCUSER 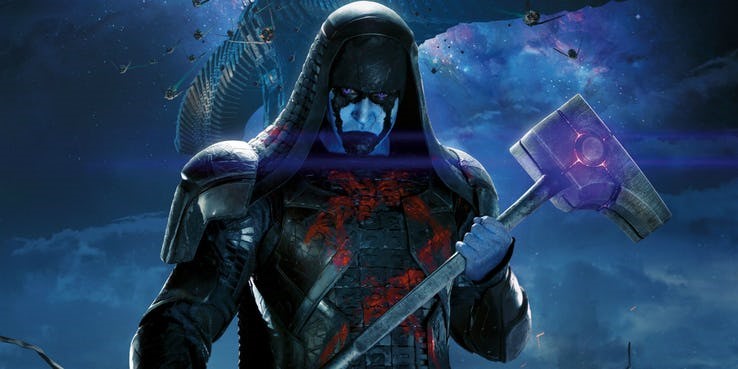 Everysurprise appearance is welcomed by the fans, and the viewers definitely loved
Ronan The Accuser showing up in Captain Marvel.

Leakedphotos show the Avengers in their old costumes and it suggests a possible
travel back in time in order to change the fate of stones. That said, it’s a
huge possibility they will visit Battle of Xandar in an attempt to claim the
Power Stone from Ronan the Accuser.
CONFIRMED: CHITAURI 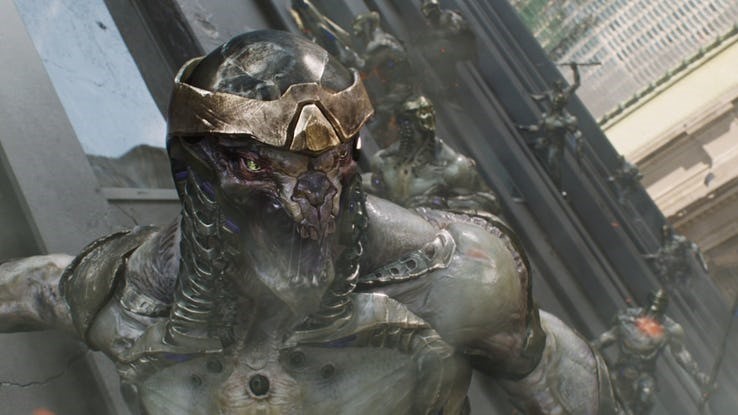 A setphotos reveals that Ant-Man provides Captain America, IronMan, andThor with some sort of device which will let them go back to the Battle of New
York. That means we will also see the return of the Chitauri.

These menacingwarriors are an incredibly powerful alien race. They came dangerously close to
helping Loki take over the planet in Avengers, and if they join forces with Thanos, he’ll be even moreunstoppable. 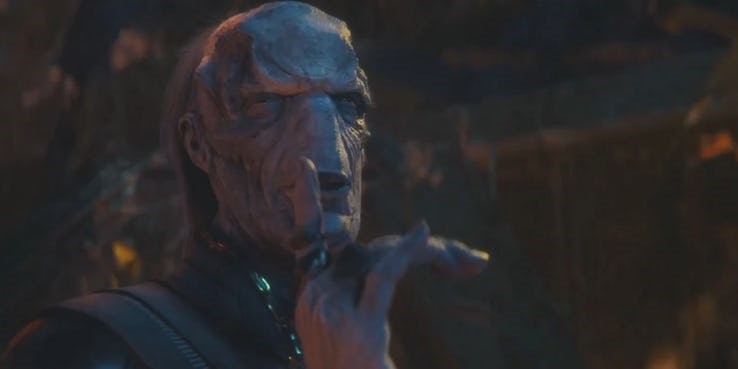 Withall the stones in his Gauntlet, Thanos is practically capable of doing pretty
much anything and everything imaginable. With the Time Stone and the
Reality Stone, he could easily bring back any of the other villains back and
aid him in his fight against the remaining Avengers.

One ofMad Titan’s most trusted allies and an incredibly formidable foe, Ebony Maw, is
very likely to get get revived. Even though he didn’t survive for much of Infinity War, It’d be surprising if he doesn’t fight alongside Thanosin the Endgame. 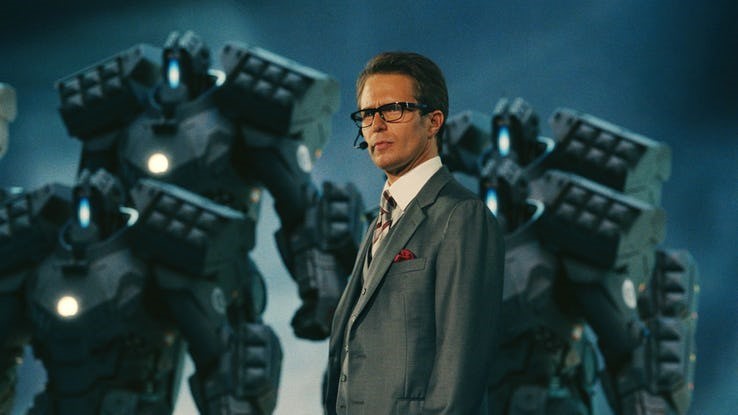 JustinHammer not nearly as skilled or intelligent as Tony, is still sitting in a
prison ever since Iron Man 2, waiting for his chance to return and try tobest his rival Tony Stark.

WithTony stranded on Titan, some fans speculate that the remaining
Avengers may have to turn to Hammer for help in creating weapons powerful
enough to take down Thanos. 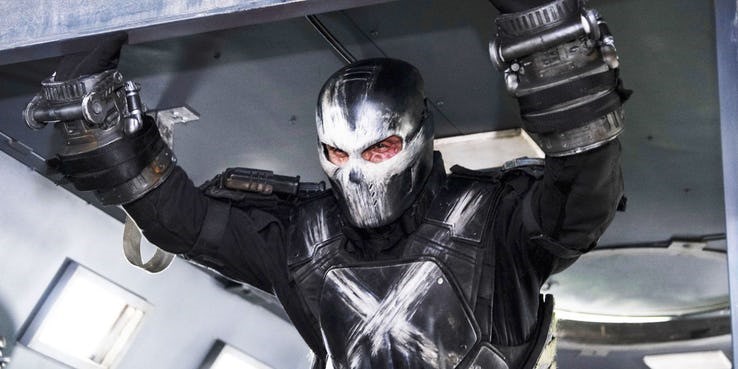 Duringa UFC Unfiltered podcast interview, Grillo shocked listeners by stating, “He makes an appearance in the nextAvengers movie but it’s a flashback.” It’s possible that
by stopping Crossbones CivilWar explosion, theAvengers could prevent the creation of the Sokovia Accords and unite their
forces to battle against Thanos and try to stop the snap from ever happening. 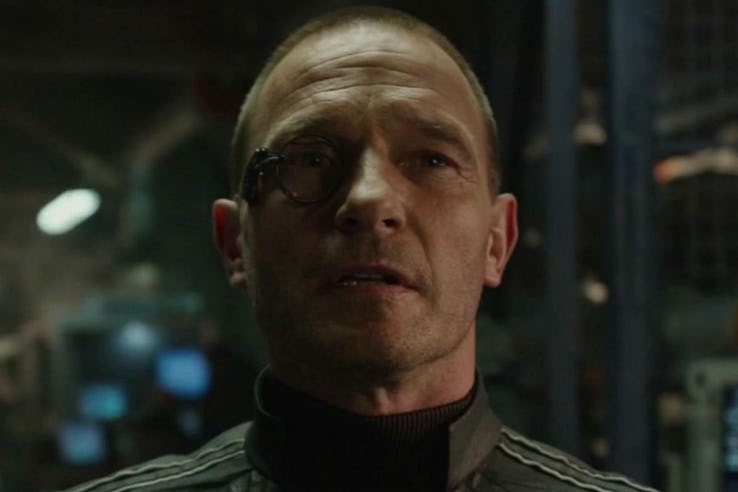 With the rumorcirculating the internet about Avengers using the Quantum Realm to go back in
time and attempt to create their own time displaced Gauntlet or to prevent
Thanos from ever assembling his, it could potentially make them cross paths
with HYDRA. If not else, with Crossbones confirmed to appear it is definitely
possible to see few HYDRA agents pop up to mess up our heroes’ journey. 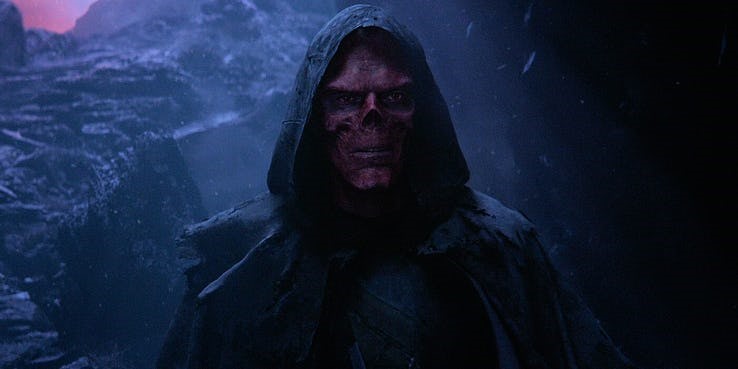 Red Skull hasbeen on Vormir, acting as a guardian to the Soul Stone ever since CaptainAmerica: The First Avenger. It probably felt like a millennia untilThanos took the Stone and he earned his freedom. Another confirmation was from
the Russo brothers in a twitter Q&A stating “Red Skull is freeto leave Vormir, and he is also free to pursue his desire for an Infinity
Stone.” 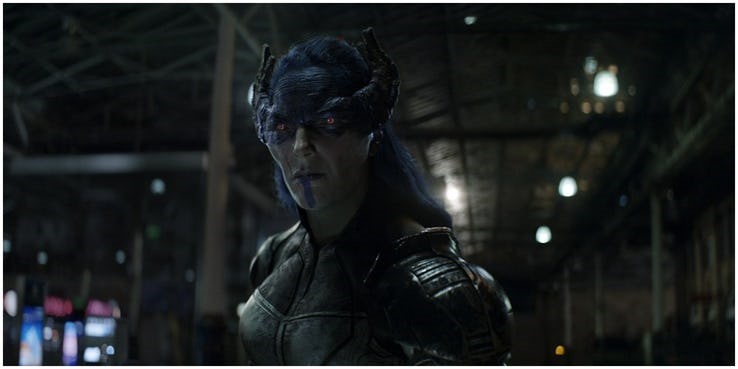 As a great second option for Thanos’reinforcement, Proxima Midnight would be definitely be great pairing with Ebony
Maw. With so much power at his disposal now, Thanos technically doesn’t need anyhelp defeating the remaining heroes, but it’d be entertaining to see the
Avengers have to contend with Proxima again.

In oneof the recent Endgame trailers,we see Clint Barton running from some sort of monster with multiple limbs.
The shadow of this mystery creature appears inside of a burst of flames,
and it looks identical to the shape of the Outriders from the last Avengers film.So even if Thanos doesn’t bring back his Black Order, he definitely won’t be
alone in Endgame. 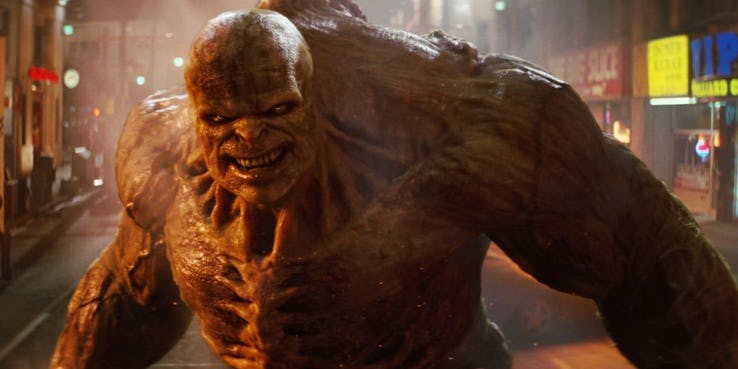 If theHulk refuses to help the Avengers fight Thanos the way he did in Infinity War. it’spossible that the Abomination may end up playing a major role in Endgame. He isnearly as strong as the giant green monster, and he’s far more ruthless. Emil
Blonsky has been locked up ever since he disobeyed orders and tried
to eliminate the Hulk, but if Thunderbolt Ross survived Thanos’ snap, he could
potentially release the Abomination and point him in the Mad Titan’s direction. 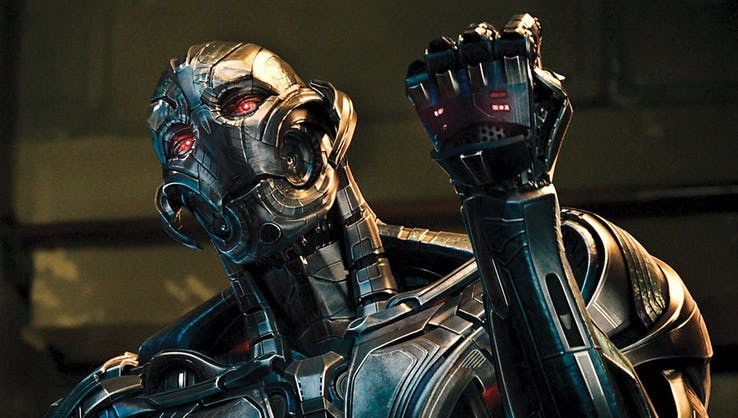 Many viewersbelieve that we haven’t seen the last of Ultron, and even more of us complain
about how the “Age” of Ultron seems to be amatter of days and he was taken out before fans could truly feel his
importance, unlike the comic version of the storyline where his reign lasts for
a significant time.

There is agood chance to see him in Endgame riding along Thanos. 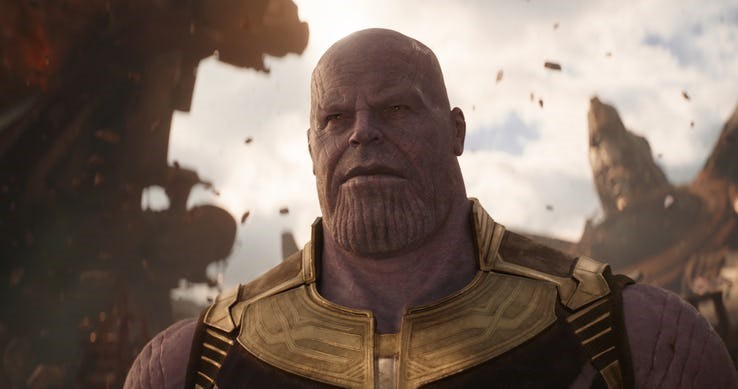 Anaction figure set featuring Thor and Rocket may have revealed a major spoiler.
It states “The Asgardian Thor wields the mighty Stormbreaker in his battle
against new foes. Rocket teams up with a new crew to guard the galaxy from an
even greater threat,” suggesting that Thanos won’t actually be the
ultimate villain of the film.

It’sreally hard to imagine what can be a greater threat than an Infinity
Gauntlet-wielding Giant, but the Marvel Universe is filled with powerful
antagonists. It is left to us to imagine Earth’s Mightiest Heroes’ fight

continuing after the Mad Titan is vanquished.